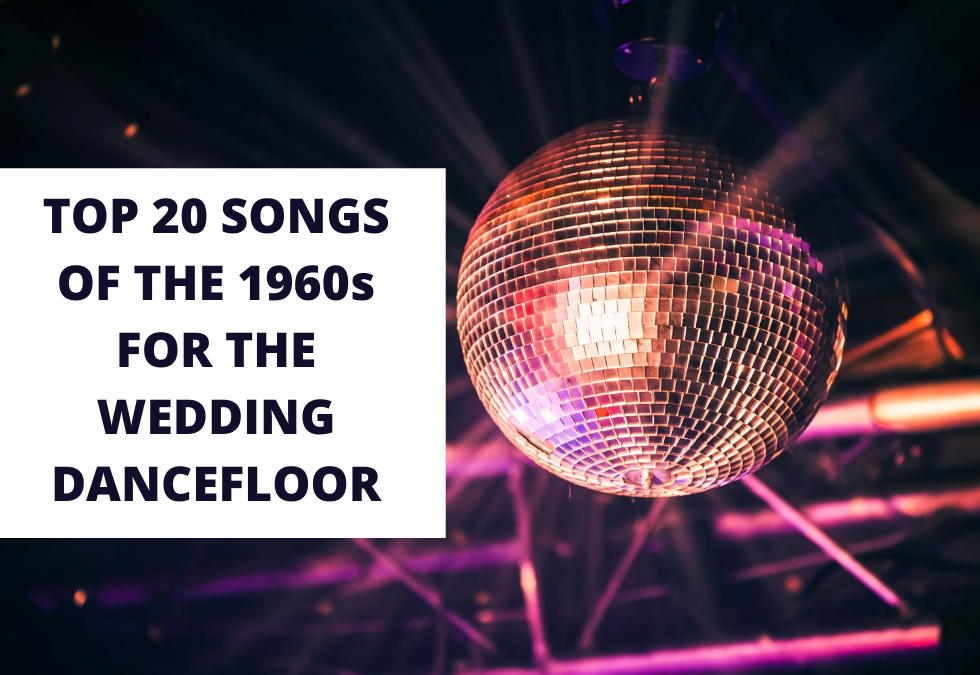 The music from the 1960’s is like no other. From the British Invasion in the early 60’s with The Beatles and The Rolling Stones changing the face and sound of music and fashion forever. The distinctive soul grooves and catchy fast beat of the Motown music label from Detroit heralded in a pop version of gospel songs that embraced political change in a time of great social unrest that is still felt today.

Crooners are always a hit with Sydney DJ Weddings

The sound of crooners and rock n roll stars still factored highly in this period as well.  Songs that people only need to hear a few bars and they are instantly transported to a time where miniskirts were considered outrageous and by the end of the 60’s, thousands of people camped out at Woodstock for a generation defining concert. Roy Orbison with “Pretty Woman” and “Brown Eyed Girl” by Van Morrison and “Burning Love” by Elvis Presley as well as “Sweet Caroline” Neil Diamond are sing a longs that always bring family and friends together for a rousing Sydney wedding.

Short sharp snappy songs were the order of the day with amazing singers defining the Motown soul sound. Aretha Franklin asked for a little “Respect” and The Jackson 5 hit their stride with multiple hits, including “I Want you Back.” The Four tops had a string of hits such as “I can’t help myself” (Sugarpie honey bunch) as well as Marvin Gaye and James Brown, Diana Ross and The Supremes and Little Stevie Wonder, as he was called back then. Incredible singers and hardworking backing bands pumped out the hits for the demand on radio and teenagers could not get enough it.

The British Bands, The Beatles and The Rolling Stones opened the doors for bands to be heard on the radio and on Television and attracted a lot of fans with their never ending run of hits during this period.  “Satisfaction” and “Twist and Shout” get any dancefloor jumping every time.  Australian artists such as Johnny O’Keefe and The Easybeats and even the Bee Gees made an impact here and overseas as well.

Wedding DJ Tunes to party the night away!

And by the close of the decade the music and fashion had changed to capture the Hippie and Flower Power movement with psychedelic music and protest songs becoming the order of the day. This certainly makes it a fantastic fancy dress theme for a celebration as well.

We hope you enjoy bopping out to the list below! Groovy Baby!